Following his death earlier this month at 67, Tzell Travel Group chairman Barry Liben is being remembered by his colleagues as loyal, hardworking, a mentor, a family man and, above all, a friend.

“Barry was a legend, but more importantly, he was a friend,” Tzell co-president Monty Swaney said. “That is the single word that most would use in each and every example. The world has lost a true friend.”

Liben was born in Brooklyn, N.Y., in 1952. When he was 15, his parents moved away, but Liben decided to stay. He dropped out of school and took three jobs to keep his family apartment. Eventually, he would run a sleepaway camp organized by the Jewish organization Betar that he had attended as a child. It was there he met his wife, Sindy Bachner. He was 25 when they married.

The couple would eventually have three children and seven grandchildren.

Next to Betar’s Manhattan offices was Tzell Travel, a small agency. Liben bought into the agency in 1977 as a partner. It had three employees. Today, it has more than 700 agents, staff and management.

Chairman Michael Batt founded Travel Leaders Group in 2008, and that August it merged with Tzell. He had met Liben the previous year and knew he wanted to work with him. Today, Batt looks back on Liben’s time as CEO with pride.

“He led it brilliantly,” Batt said. “It was a time of extreme growth for our company. There were some bumps, but not many.”

Under Liben’s leadership, Travel Leaders Group acquired Protravel International, Vacation.com and Nexion. Batt credits him with a “significant part” in establishing and growing the company, which by 2018 had 4,000 employees and $7.12 billion in annual sales.

“His legacy is one of being a very successful entrepreneur who made the transition to work for a large company successfully and along the way made an enormous amount of friends and gained a huge amount of respect,” Batt said.

“In terms of the friends and the respect, you can’t buy that. You can’t,” he added. “He had it because he deserved it. Personally, I’ve worked with a lot of people in my career. I feel like I’ve lost a brother rather than a colleague with Barry, and I know a lot of other people feel similarly about him.”

Batt also remembered Liben as a skilled negotiator who worked well with suppliers, a quality to which Delta Air Lines attested.

Bob Somers, Delta’s senior vice president of global sales, met Liben some 25 years ago when Somers was trying to grow the carrier’s presence in New York. He said Liben was among those who helped shape Delta’s strategy in the market.

Early on, Somers said, he was flying into New York once a month from the airline’s Atlanta headquarters to meet with agencies. Liben took him to lunch and, in the frank style for which Liben was known, essentially told him that Delta’s success in New York would depend on the airline establishing a true presence in the market. As a result, Delta opened a local office and hired Chuck Imhof as vice president of New York sales.

“Barry really helped us understand, from the headquarters perspective, what it was going to take to win in New York,” Somers said. 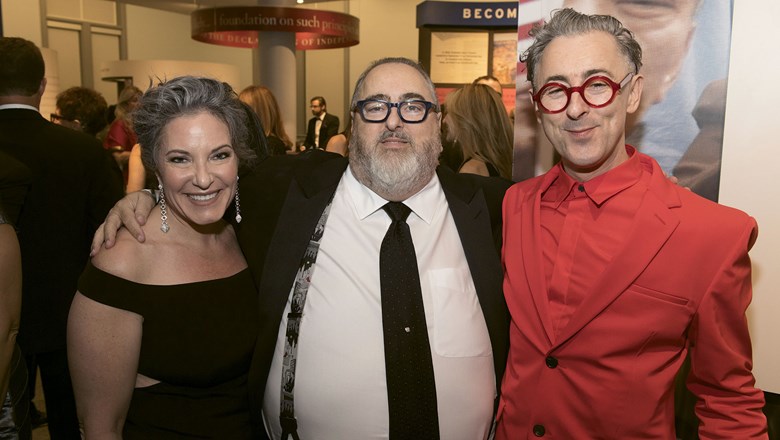 Imhof credited Liben as both a mentor and a friend.

“Barry was larger than life,” Imhof said. “He had this huge personality that no matter who you were, he had open arms. If you wanted to learn the business, he was there willing to help. He created an atmosphere within his company or with anybody that did business with him — they felt as an extension, as part of his family.”

Somers also remembered Liben as a true family man who would be the first to call out friends and colleagues who weren’t doing a good job balancing work and life.

Gonzalez fondly remembered “Tzellabrations,” the holiday parties Liben created for agents and staff that became legendary industry events. Somers said that he always left the Tzellabrations motivated to create a similar environment among his colleagues.

The fun went beyond the holidays. Tzell co-president Cindy Schlansky said Liben was known for spur-of-the-moment parties and practical jokes. He also brought an ice cream cart and confetti gun into the office.

“We worked hard, but we played, as well,” she said. “If you worked hard, gave it your all and tried to make Tzell a better place, you had his respect, whether you were a vice president, accounting clerk or messenger. Title didn’t matter.”

Schlansky said it was difficult to capture Liben’s essence in words but described him as a savvy businessman who was fair, demanding, loyal and intelligent.

“In Hebrew, we say a ‘mensch,’ a good man,” she said. “He was a mentor, a loyal and honest friend, a leader. Barry built Tzell on fairness, and for him, it was all about relationships and human interaction.”

# List your rental for FREE on HolidayLettings
# Book your flight with Virgin Atlantic
# Browse and book hotel rooms that suit your needs and style and start your next adventure with Marriott
# Fly to Germany, Italy, UK or France at attractive low fares with Lufthansa
# Travelodge: Search and book 500 hotels throughout the UK and Ireland
# Welcome to Hilton Worldwide