When it comes to making stupid decisions after a few beers while on holidays, this Australian tourist may well take the cake.

After travelling around Central and South America as part of a two-month adventure abroad, Hugo Cary decided he wanted to experience the real Rio de Janeiro.

Having spent a few weeks surfing in Nicaragua, the adventurous 34-year-old made a move further south to finish off his holiday in Brazil before returning home to Perth.

But after a night out enjoying the party life and festivities during his final few days in Rio, Mr Cary decided he wanted another kind of experience while staying in the seaside city. 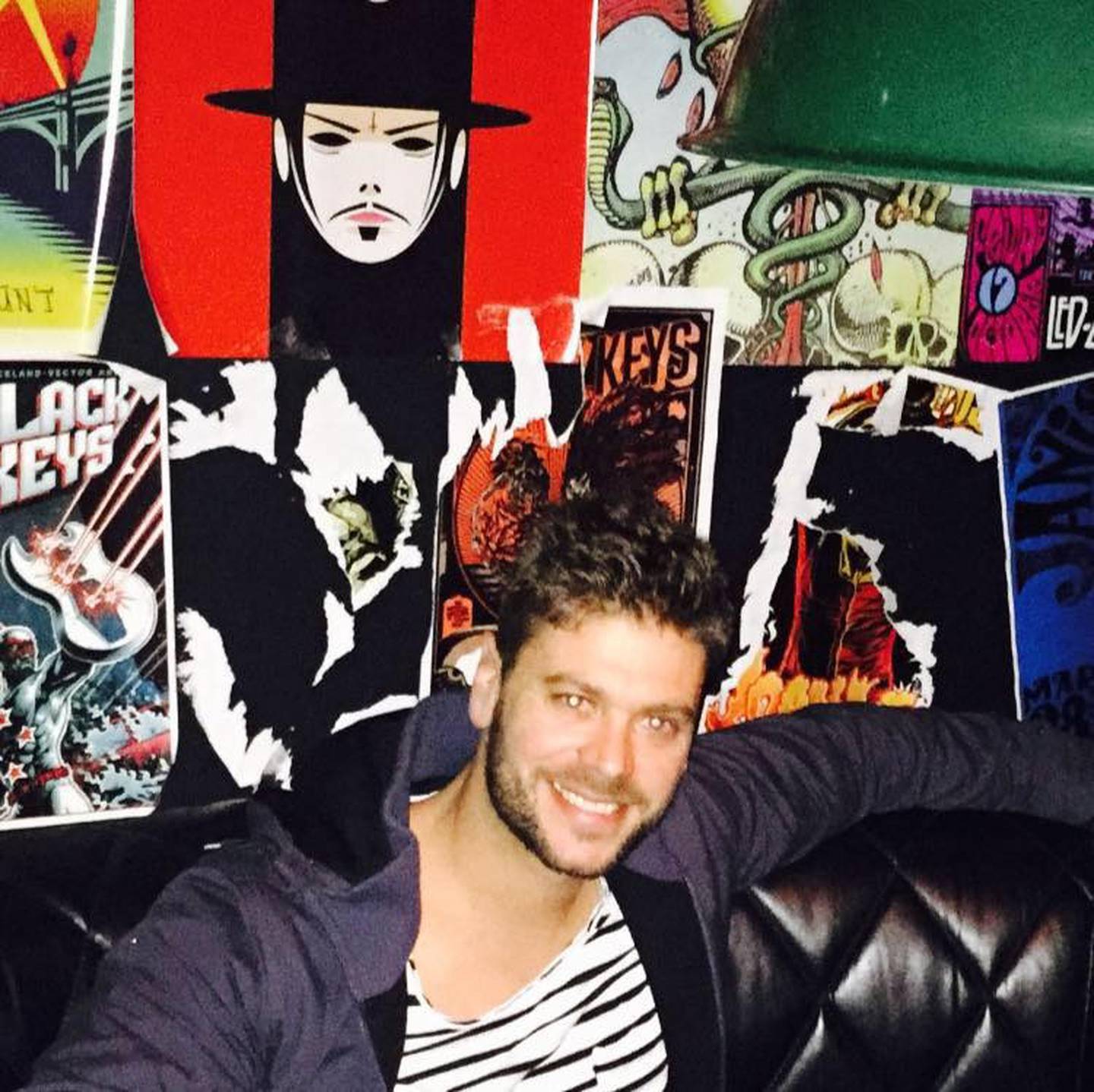 He wanted to visit a local ‘favela’ — a ‘slum’ area on the outskirts of Rio. These areas are frequently crime-ridden and have long been dominated by gangs immersed in illegal drug trafficking.

But having spent the evening mingling with locals, Mr Cary decided at 3.30am he wanted to see one of these areas for himself — despite the obvious danger of going alone, and as a tourist.

As a way of communicating with the locals — and possible gang members when he arrived — Mr Cary asked a woman he’d met to write him a letter in Portuguese before jumping in an Uber to “the most dangerous favela in Rio”.

“I had heard about a few tours taking people to favelas,” Mr Cary told news.com.au.

“Tourists would go and take photos, but then they would have a machine gun pulled out on them for doing that.

“But I had also heard there’s a lot of cool people at certain favelas and amazing stuff to see.

“I know it was dangerous and stupid.”

“I translated to her what I wanted the letter to say. I wanted it to say that I come here as a guest, I have nothing but love and if I’m not welcome I will go.

“Once that was written for me, I asked the Uber driver to take me to the most dangerous favela. He said no, I can’t take you there, but he dropped me 500 metres away and I was able to walk the rest. 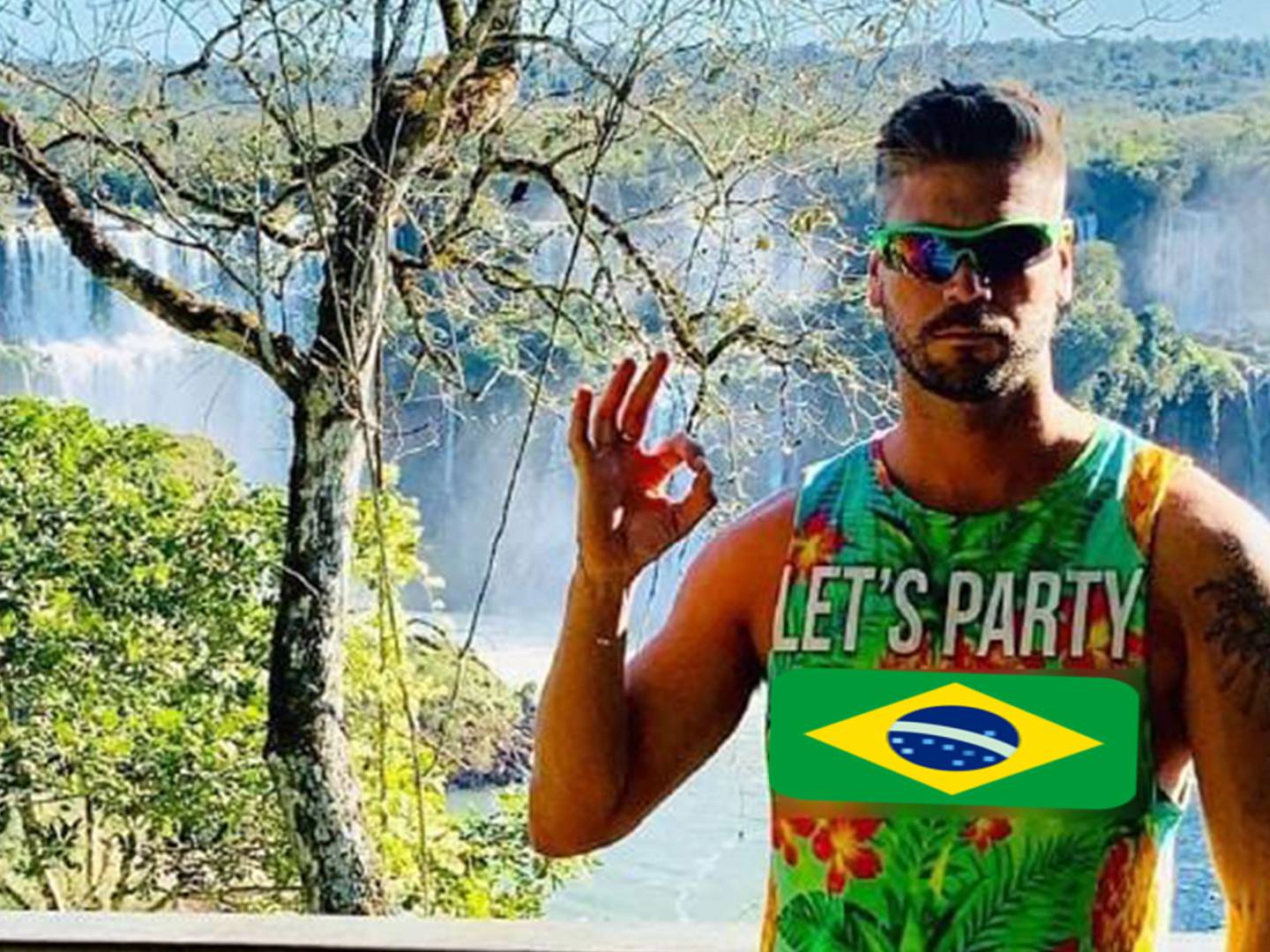 “By the time I arrived, it was around 5am and people were heading to work. I was getting a few funny looks, but no one said anything to me.

“Then, after about five minutes, I got picked up by three scouts armed with machine guns. They were smart, and not trying to be aggressive towards me. They wanted to know what I was doing … they thought I was a cop. Then I realised I’d left my letter in the Uber explaining who I was and what I was doing there. The risk is in the first five minutes.”

Mr Cary said he was able to communicate with the armed criminals who surrounded him, and assured them that he was not wearing a disguise.

“I used Google translate on my phone,” he said. “I was making jokes … and they could see I was a nice guy.

“These scouts weren’t the leaders. As I was talking to them, their walkie talkies kept interrupting and I could hear gunshots going off [in the distance]. There were eyes everywhere … I think they were just confused why I was there.”

Mr Cary, who works in sales for a construction company in Perth, said once the scouts understood who he was and why he’d paid a visit to their favela in the north of the city, they understood he was OK and not a threat. 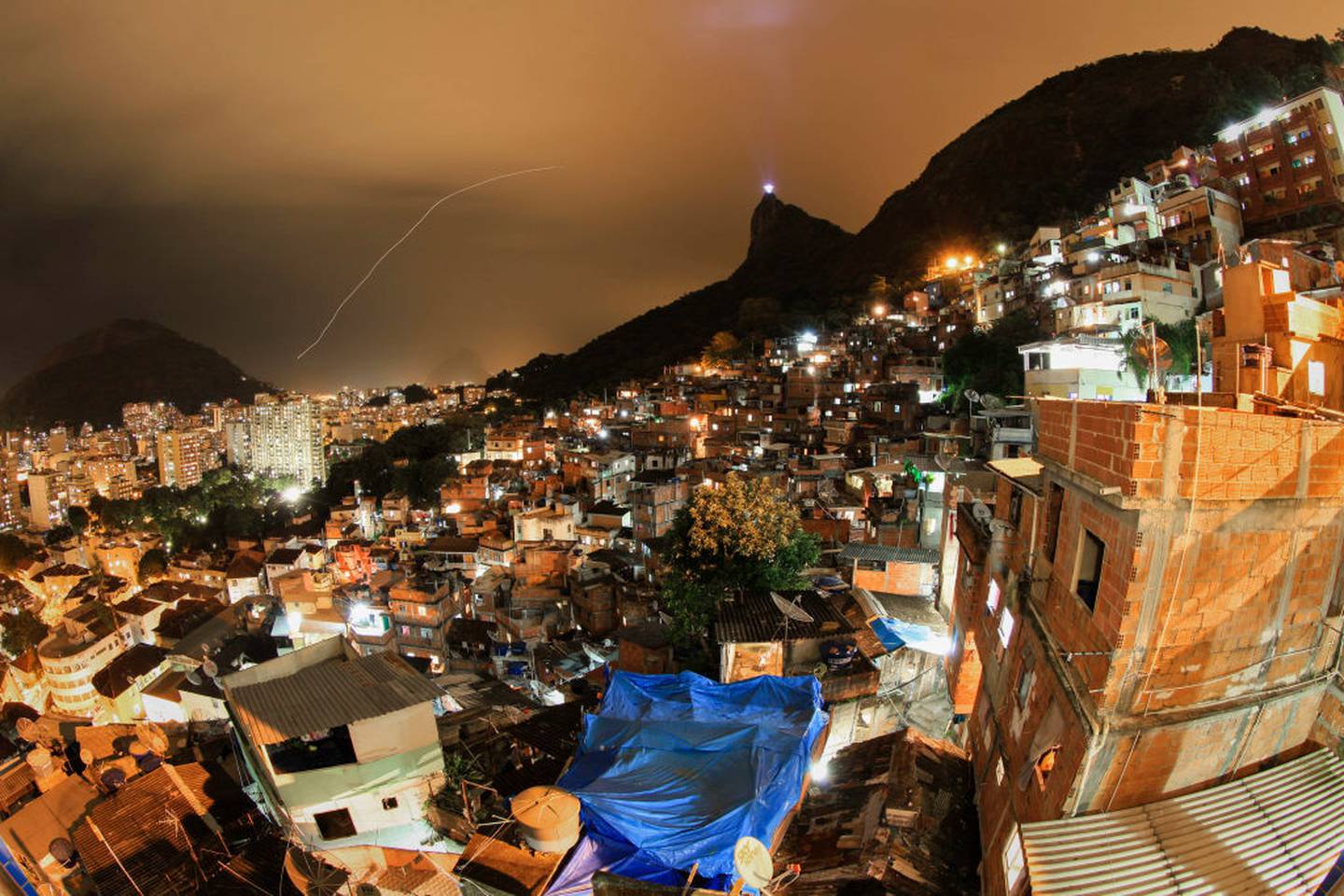 “At 9am they said I could go, but I didn’t want to,” he said. “They had a conversation in Portuguese, we walked a further 30 minutes into the depths of the hills and into a house. “That’s when I met their leader.”

The foreigner said the leader was surprised by his visit, but then welcomed him to the home where he spent the day drinking in the community.

Brazilian officials made a huge effort in recent years to clean up the country’s image and favelas before the World Cup in 2014 and the Olympics in 2016.

But the security force brought in to keep visitors safe during the Games has been long gone. In 2017, a British family were shot at after straying into a favela while touring Brazil. The incident sent shockwaves through the tourism industry, suggesting some parts of the country remained dangerous for visitors.

In 2015, according to The Telegraph, a Brazilian pensioner was shot dead in front of her husband as they tried to follow a smartphone navigation app to the beach at Niteroi, a suburb of Rio, but instead found themselves in the gang-controlled Caramujo favela.

Journalist Donna Bowater, a journalist who lived and reported on Rio for four years, told The Telegraph in 2017 that travellers who visit a favela outside of an organised tour could be in danger.

“Brazil’s favelas are not inherently dangerous places and offer a different perspective on life, but in the pockets where drug gangs dominate, intruders and outsiders are taken very seriously,” she said.

“Since Rio alone has hundreds of favela communities, it’s impossible to get a sense of all of them or how the land lies when visiting on holiday. But if you are travelling, especially by car, doing a bit of research is imperative.

“Favelas are distinctive places. You can often identify the larger ones where you see a sudden warren of small, windy roads – oftentimes on a hillside. And on the ground, many favelas are made up of houses built with characteristic red cinder block bricks.”

Brazil has long been the world leader in overall homicides, and its murder rate is also one of the highest. There were 61,597 homicides in 2016 after several years below 60,000. 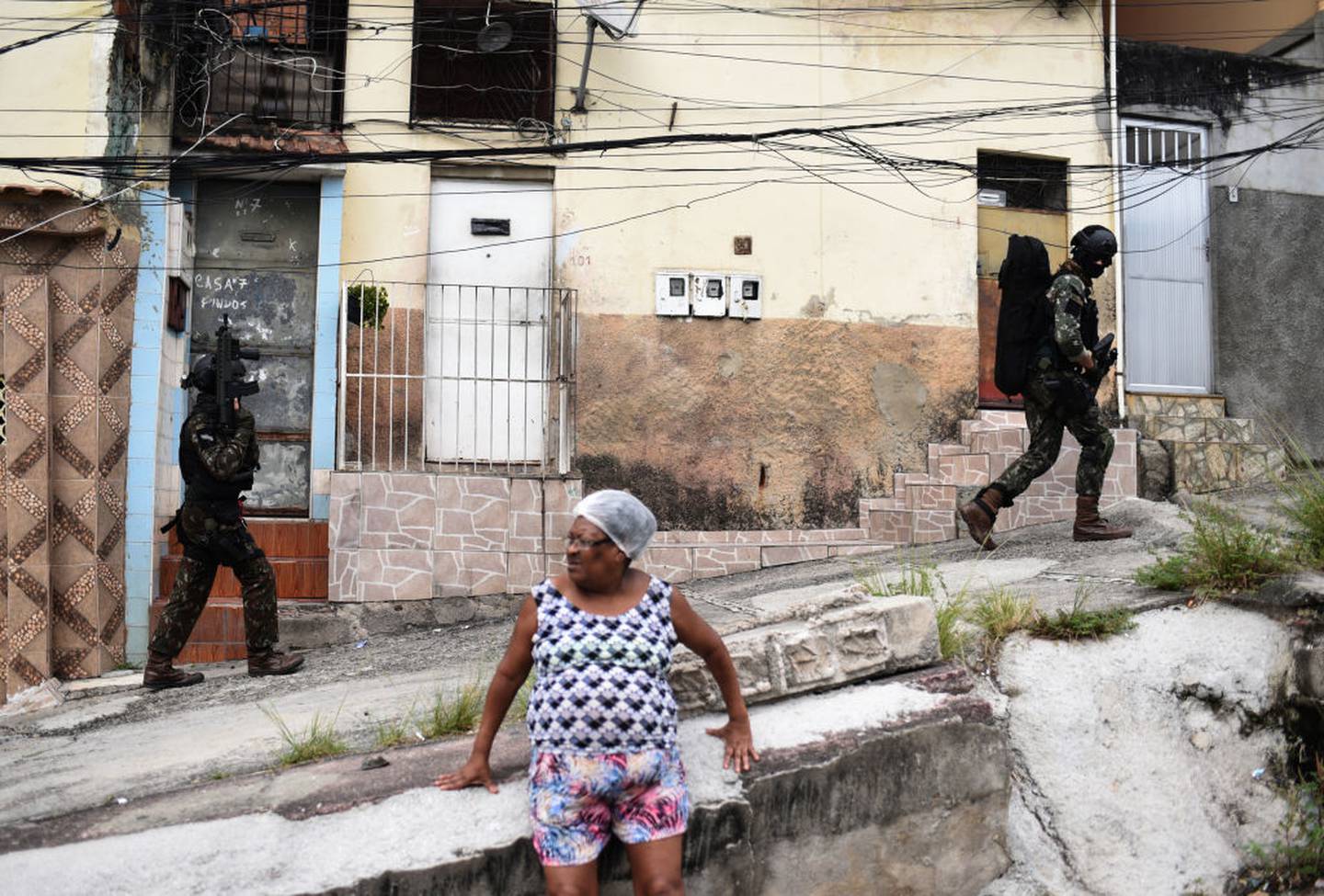 In 2017, the number hit a new record when 63,880 people were slain, according the Brazilian Forum of Public Security.

The report said organised crime is one of the reasons the rate keeps growing, but it added increasingly violent police operations also play an important role.

Mr Cary said while he knows his decision to visit the favela was reckless and could’ve had a very different outcome, he didn’t feel at any point he was in danger.

“What I’ve heard from the locals is that a stray bullet causes the most danger,” he said. “The whole time I was there, it felt like I was being protected rather than being in danger.

“I know what I did was stupid and potentially putting my life in danger and that my story is going to come across as a stupid thing to do. But at the time it didn’t feel that way. I think we are friends there now.”