I was born in Winchester, the county seat for Franklin County. And growing up in the next town over, Tullahoma, I took for granted that the area is rife in natural bodies of water that are primed for exploring.

It wasn’t until I lived in New York where the water was too dirty to play in and Northern California where it was far too cold that I started to miss the balmy waters of Tennessee’s lake culture. And five years after moving back, I still don’t take that for granted.

But I do dream about moving to the lake (or at least owning a second property there at some point). And I found just the place I want to do it, too: Twin Creeks Marina and Resort.

Just an hour and change from Nashville, Tims Ford is Winchester and Tullahoma’s cherished treasure and Twin Creeks its newest residential inhabitant. Boasting lakefront property at affordable prices that are actually in my price range, the lofty goal of buying and/or building a summer home on one of Tennessee’s 1930s-era reservoirs for a retirement/investment property no longer seems so out of reach. 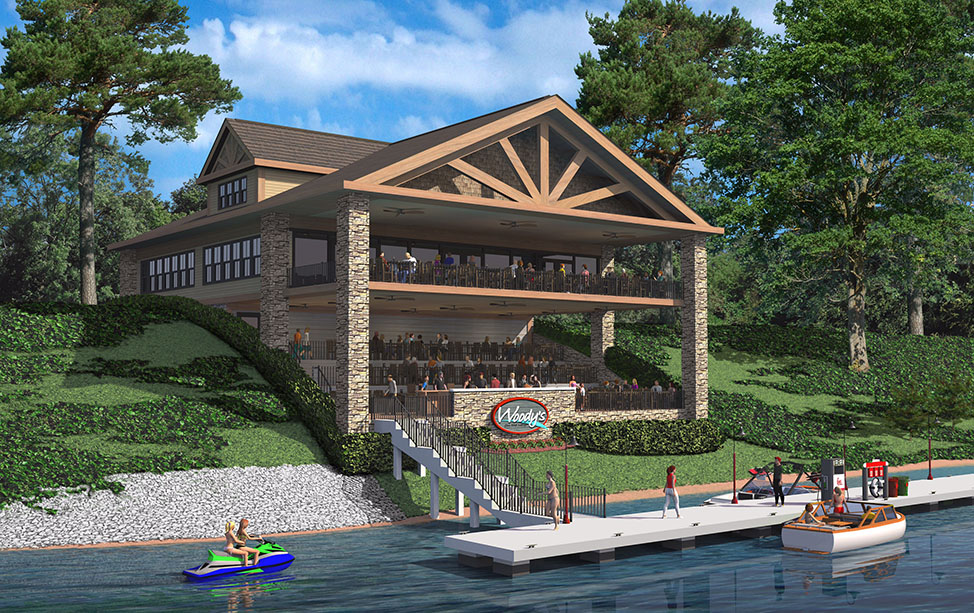 The most appealing part about Twin Creeks is that it sits on a peninsula of Tims Ford Lake—the cleanest lake around—in a protected cove that’s tucked away from the rest of the lakefront developments. The only neighbors that will share land and resources are those that are part of the planned community, and that just feels right for being on a lake like this. 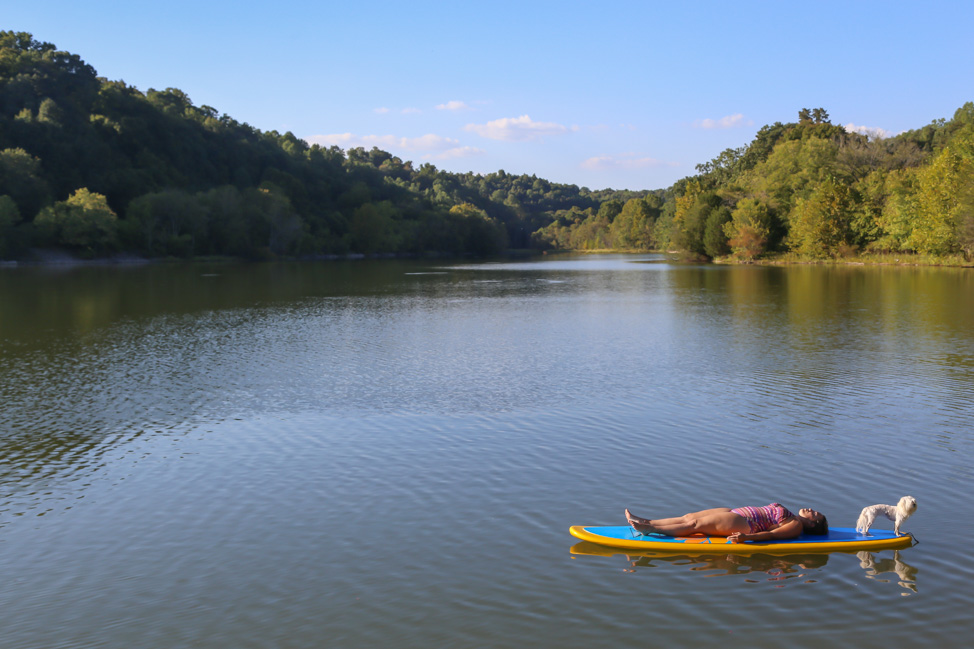 And you have free rein with what you want to do with your property in terms of renting it out. Want to live there full time? Great! Want to just flit off to the lake a week here and there to get your fix then cover your mortgage by renting it out on Airbnb to traveling fishermen, hunters or Jack Daniels visitors? You can do that, too. 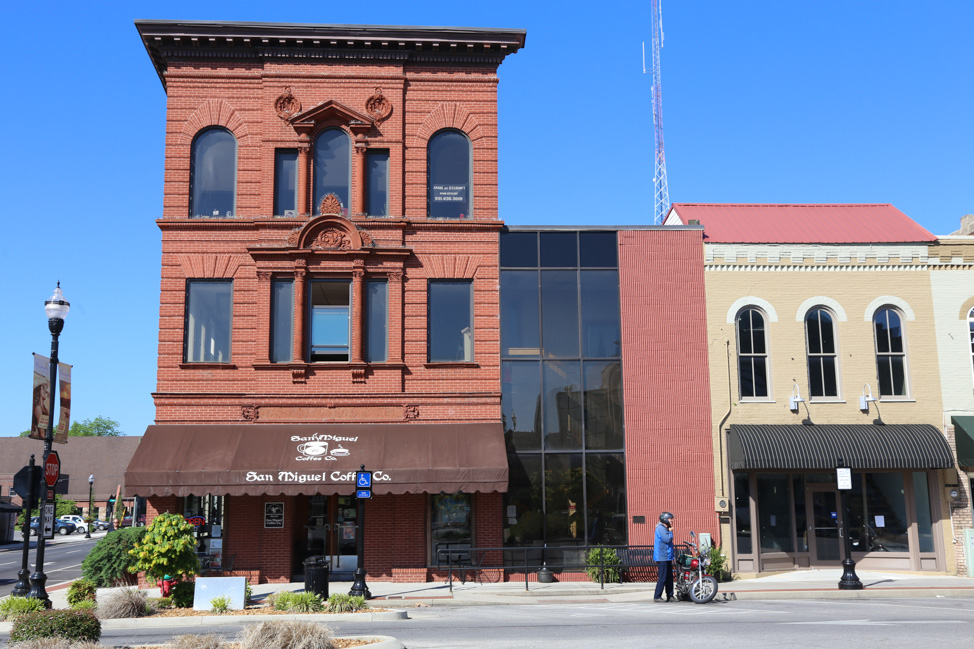 When the Tennessee Valley Authority built Tims Ford Lake in the late 1960s, it had three marina spots in mind but a permit was never issued for this particular site along the southeastern side. Several tried but never endured the lengthy permitting process over the years. In January 2016, a lakefront development finally became a reality when TVA approved a permit, a process that took 13 months and involves multiple agencies with jurisdiction over this protected waterway. 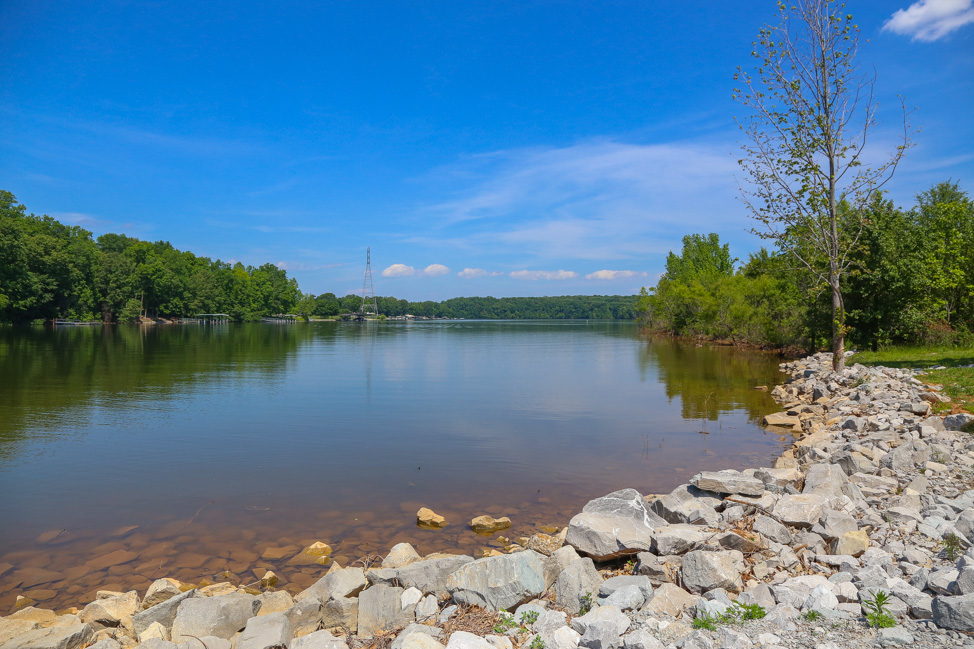 Currently in Phase One of the project, Twin Creek’s lakefront properties are being developed concurrently as the 200-slip marina, a store and other amenities are built out (it has a target opening date of mid-summer 2017 for the marina, with the rest to follow shortly thereafter). In the meantime, the development has roads and property spaces all mapped out and owners have started building their dream homes on the lake; in fact, 85 lots were sold in the first couple days alone after being opened up to the public earlier this year. 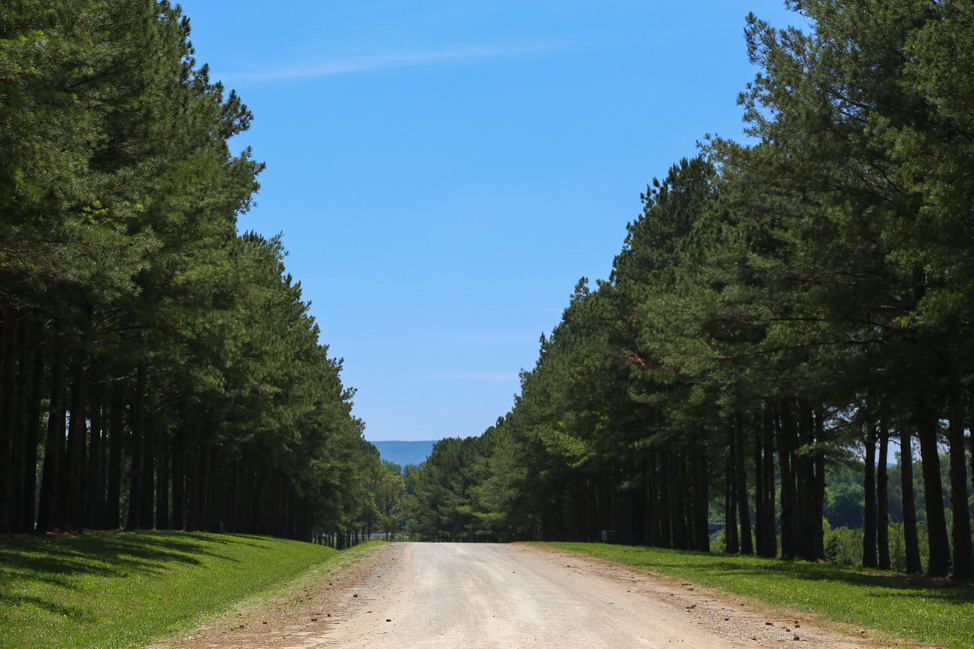 The idea with Twin Creeks is that plenty of folks (like us) want to be on Tims Ford Lake, but don’t necessarily have the resources (i.e. money) to own lakefront property. With Twin Creeks, they get a low-maintenance, gated lake community at a lower property price with access to a full-service marina, a resort, restaurant and much more. There’s even the option to purchase a townhome for those who don’t want the upkeep of a full-blown house. 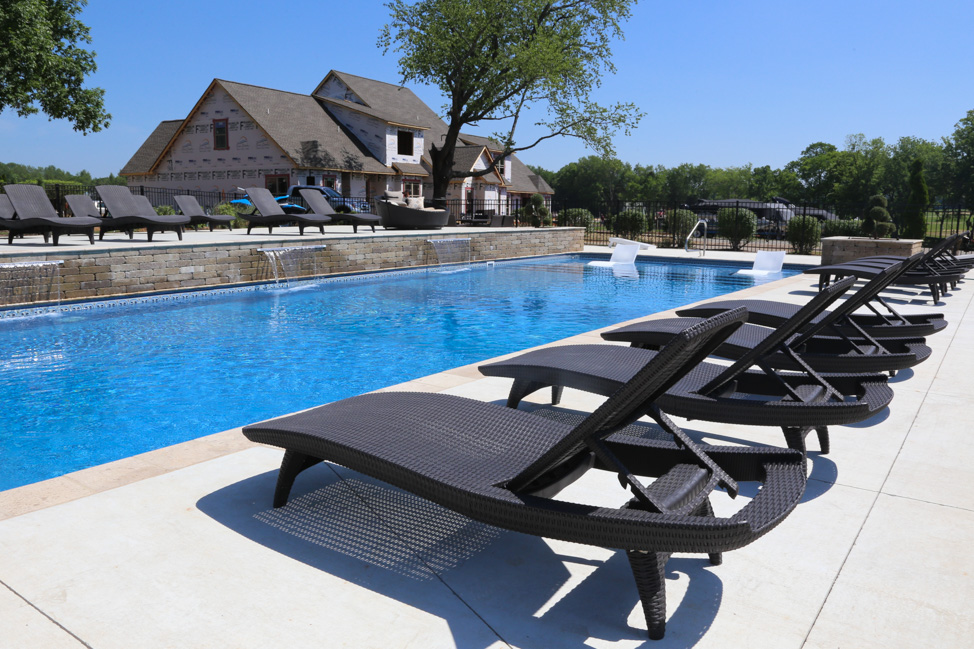 The real beauty of Twin Creeks, however, is in its location: Situated on the eastern edge of the lake not far off of I-24 and near the Tennessee-Alabama border, it’s just an hour from Huntsville and Chattanooga, as well as 90 minutes south of Nashville. And it’s just a little over a mile from the historic town square of Winchester, which is brimming with shops and eateries. What other lake community has both the remoteness of a secluded cove on a TVA administrated body of water and the access to a revitalized town like Winchester going for it? 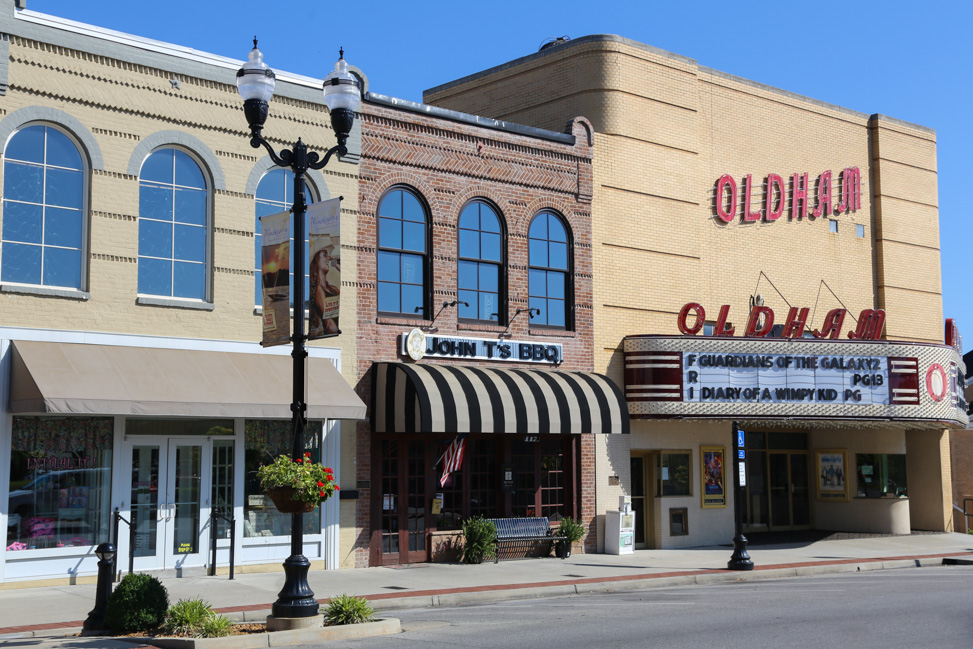 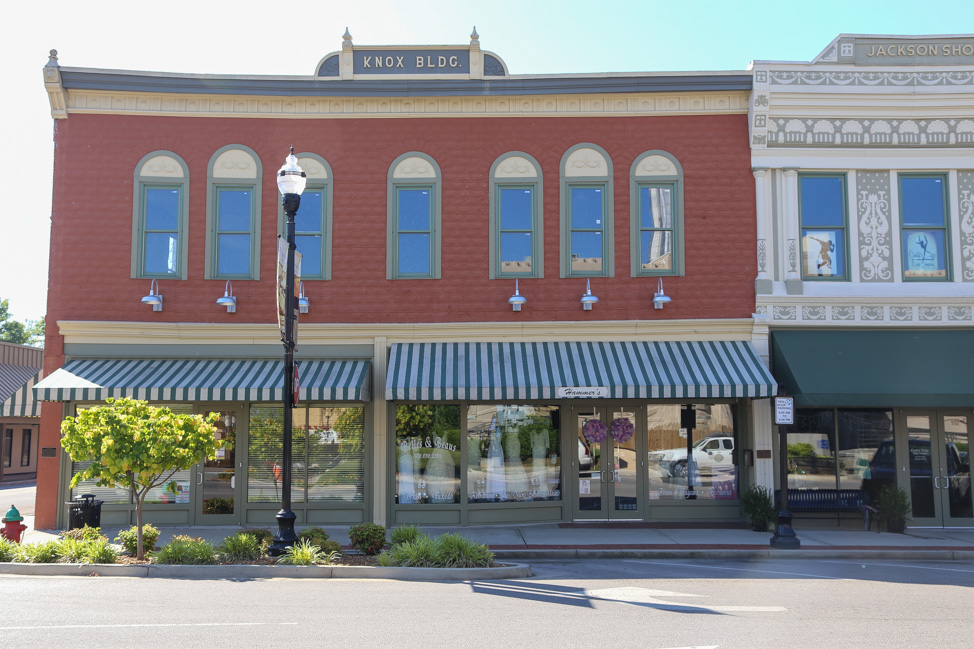 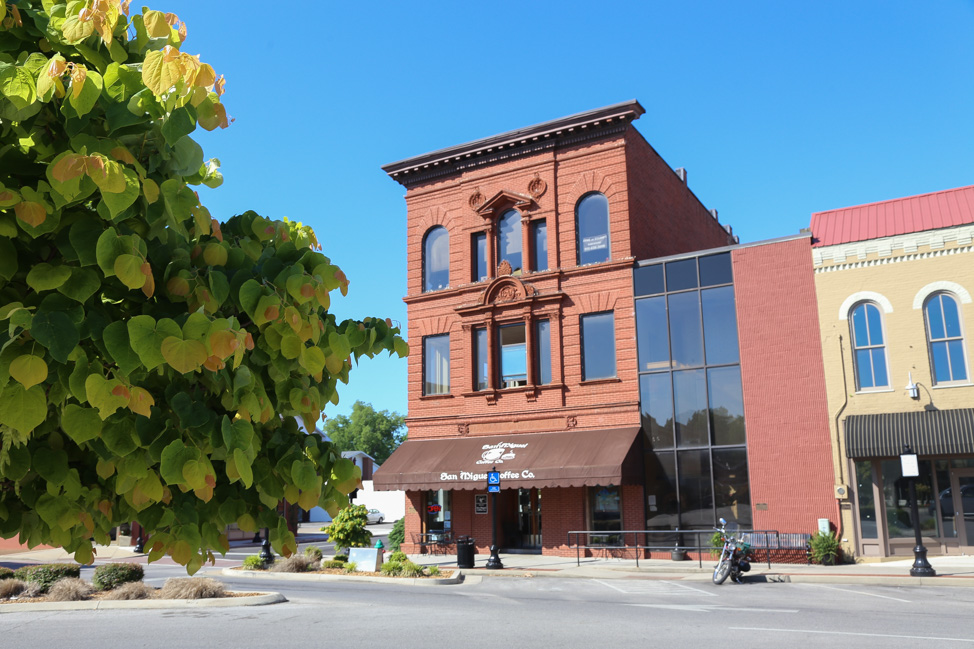 Currently, there are a couple dozen lots still available for sale for those interested in building, as well as two- and three-bedroom townhomes under construction and for sale. Given that the townhomes start as low as $224,900, it’s definitely more affordable than anything you’d find in Nashville at the moment! 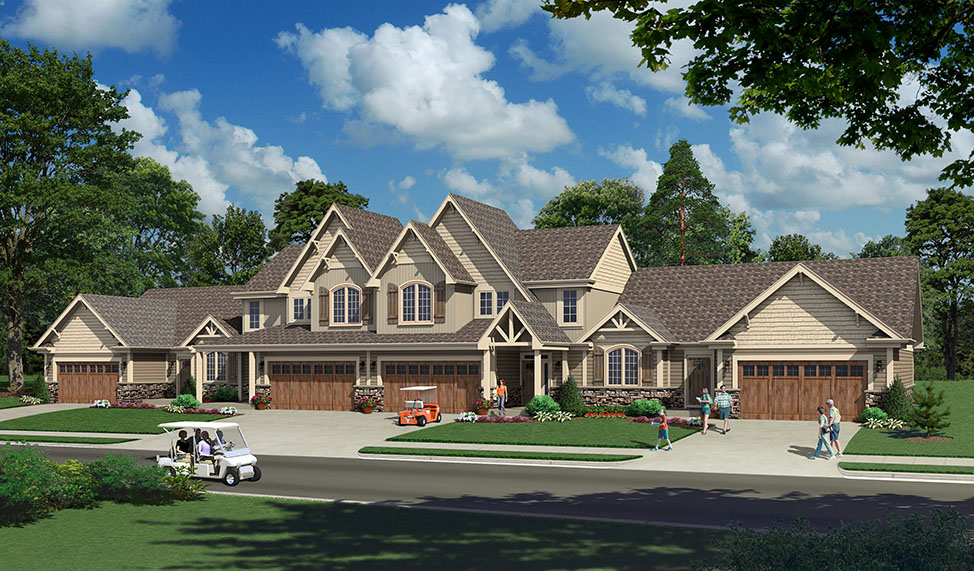 The great thing about purchasing and constructing a home in a new community like Twin Creeks is that you have a clean slate and a lot of time to play around with concepts. There is no timeframe for when a lot purchaser needs to start construction on their homes; the only requirements are that the owner pay the HOA fees ($90 a month) and property taxes. There are no restrictions on who builds the home, and although there is architectural guidance by the HOA board, the requirements are loose. 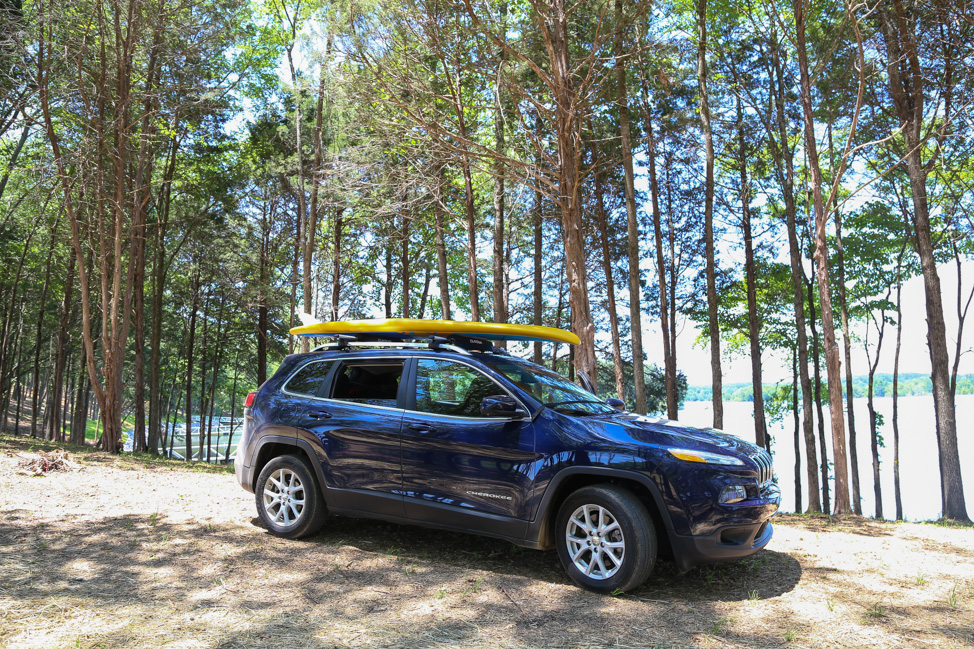 “We want to create a fun environment and community feel where folks show up, hang out at the pool, hit the lake and go to the restaurant or the downtown district of Winchester,” Scott Beavers, Broker at Twin Creeks Properties, LLC, told us.

While much of the community is still in the construction and conceptual phase, our on-site visit of the restaurant and boat dock marina made it clear that the end product for this will be a phenomenal addition to the lake scene on Tims Ford, of which public amenities are few. We did a little SUP yoga on a Tuesday afternoon and the water was clear, the air was crisp and thousands of fingerling fish swarmed our feet while hanging them off the dock. We were the only people around—it was pure bliss. 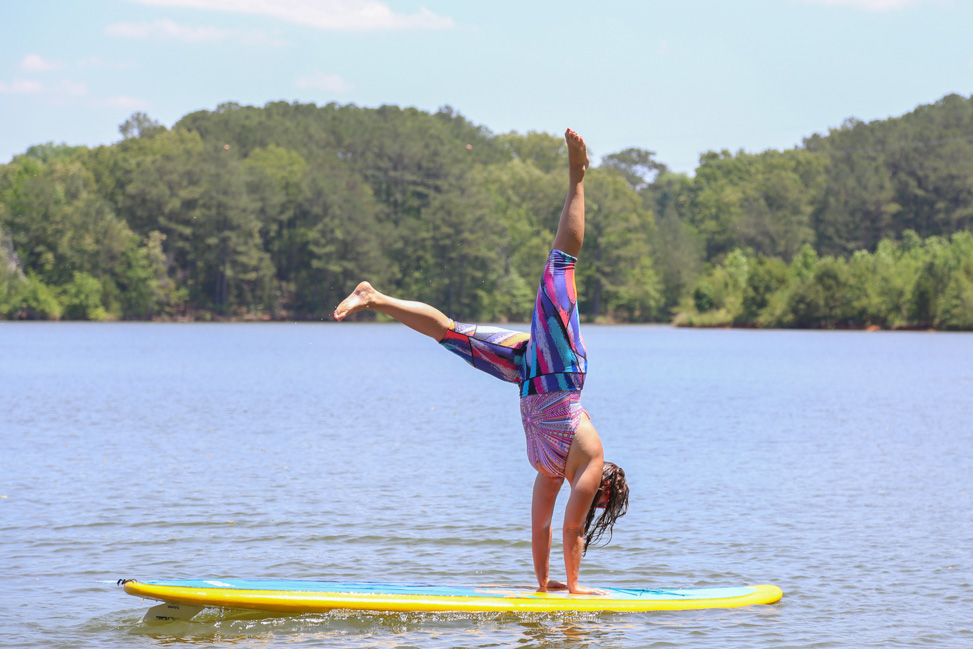 The restaurant at Twin Creeks is slated to be nicer than other eateries around the lake and will have a boat-up option, outdoor dining and entertainment. Speaking of boats, Twin Creeks Marina is public so anyone may rent a slip there without being an owner (there is a separate entrance for members of the community). Slip prices start at $225 a month for a 26’ covered space with power/water, though boat owners who rent a slip by the year and pay up front will receive 10 percent off annual pricing. 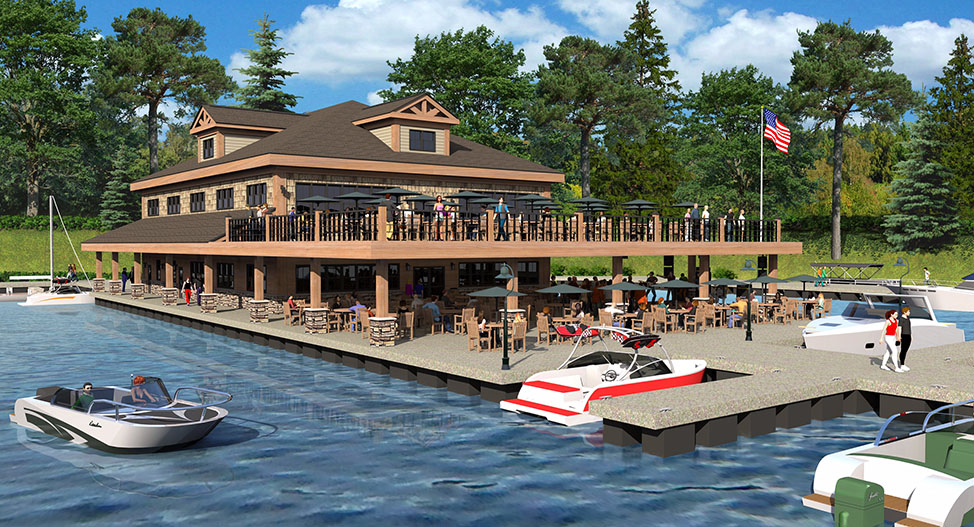 Eventually, a couple years down the line, there will be a pair of lodges and a few vacation rental cabins for those who simply want to utilize the community in short spurts. There’s also going to be an outdoor, bowl-shaped amphitheater for performances and a lakeside wedding chapel, which is much-needed for this area (take this from a gal who helped plan her sister’s massive wedding and had to use an empty field and circus tents because there were no other options for miles!). 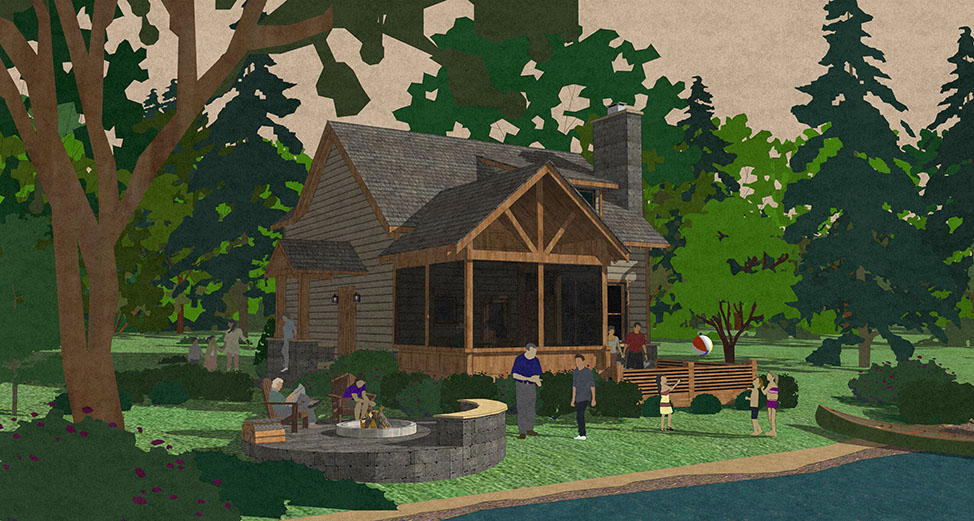 Maybe I’m bit biased because I grew up in the area but Middle Tennessee is just about the prettiest little slice of nature this side of the Mississippi on which to own property. There are hidden waterfalls and hikes galore, rivers and hardwood forests that stretch all the way to the Appalachians and a small town feel around every corner.

Bonus: Tims Ford is also one of Tennessee’s 56 state parks.

Tims Ford State Park and Twin Creeks has plenty to do besides chilling at the resort pool or tending the landscaping at your own exclusive retreat, from golfing on pristine land at Bear Trace, renting jet skis, pontoon boats or the Tarzan Boat with its swing, trampoline, and slide or simply cruising around the lake in your own vessel, taking in the sun and limestone-filtered water. 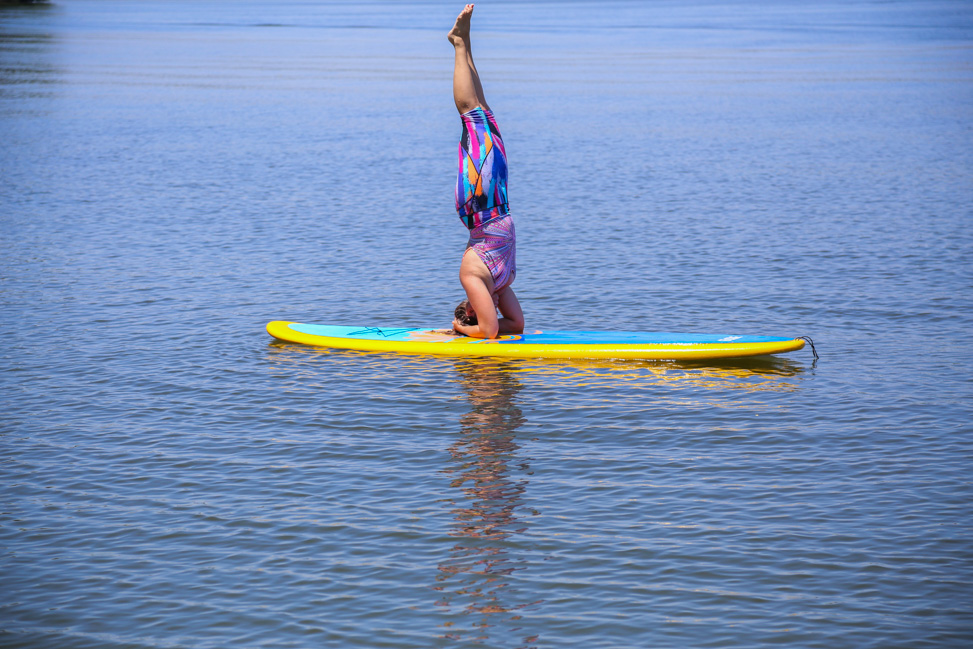 The property itself is surrounded by lush, heavily-wooded terrain and gorgeous pastureland with horses and cows dotting the horizon. During the clearing process a newly discovered—and massive—Southern magnolia tree was found hidden in the foliage (it’s rumored to be the second largest in the state) and will feature prominently in the central section of the finished gated community. 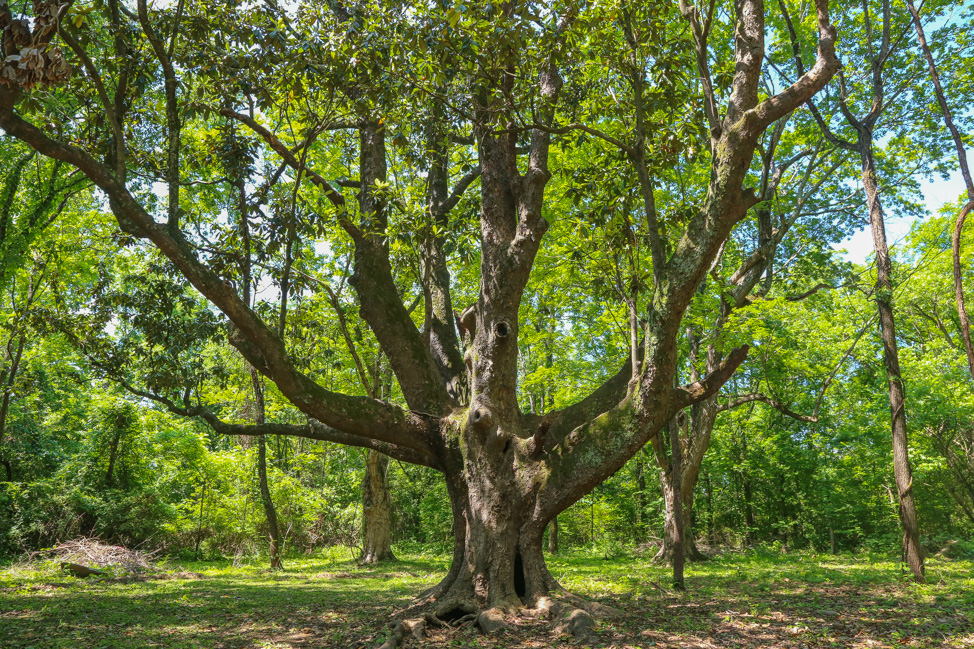 Fish-stocking programs from the TVA, like other reservoirs and tailwaters across the state managed by this federal agency, are robust and keep anglers busy breaking records year round. 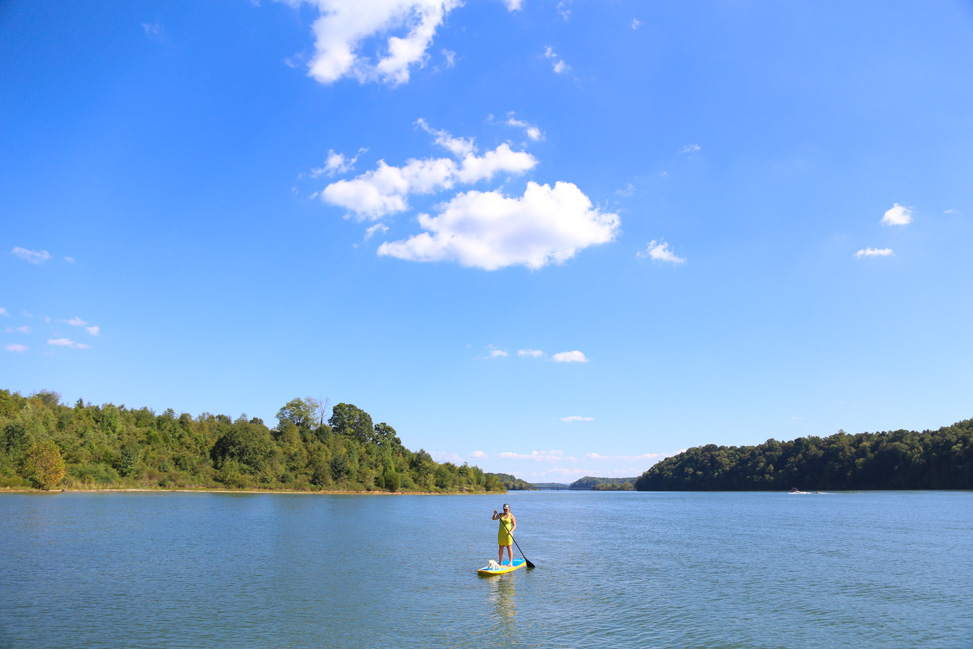 So, I guess, what I’m saying is this: Who wants to go in on a lake house? I honestly can’t think of any place I’d rather own a piece of paradise than along the shores of Tims Ford. 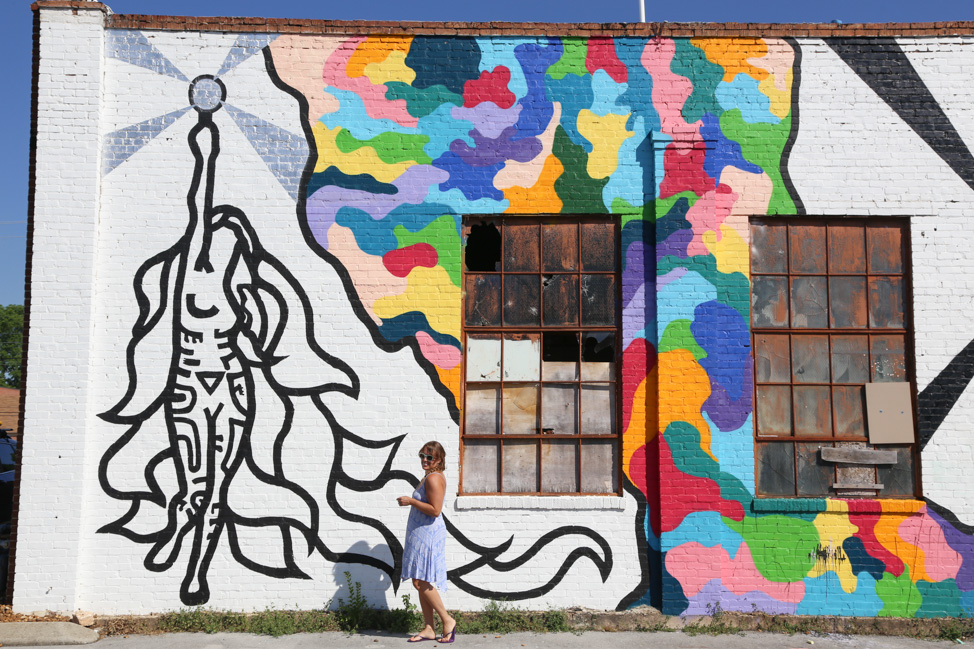 Now, tell me: Have you ever dreamed of owning property on the lake? If so, what’s stopping you?

This post was sponsored by Twin Creeks Marina and Resort. All opinions, childhood memories and yearnings for a lake house are entirely my own. 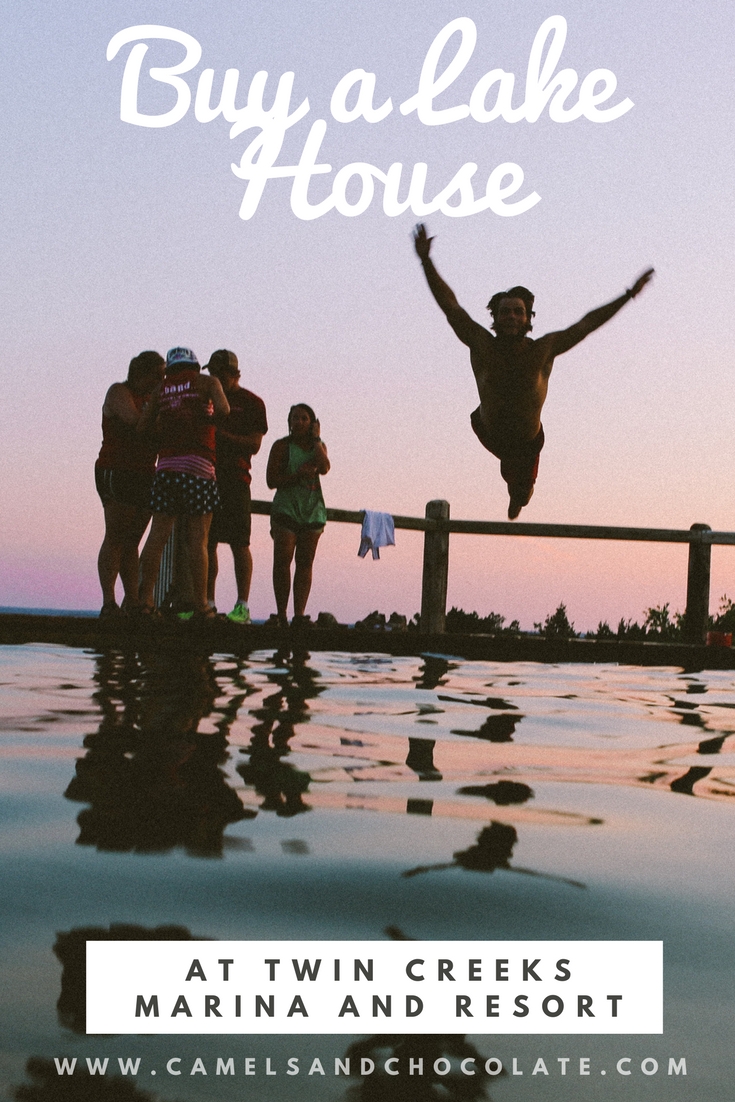 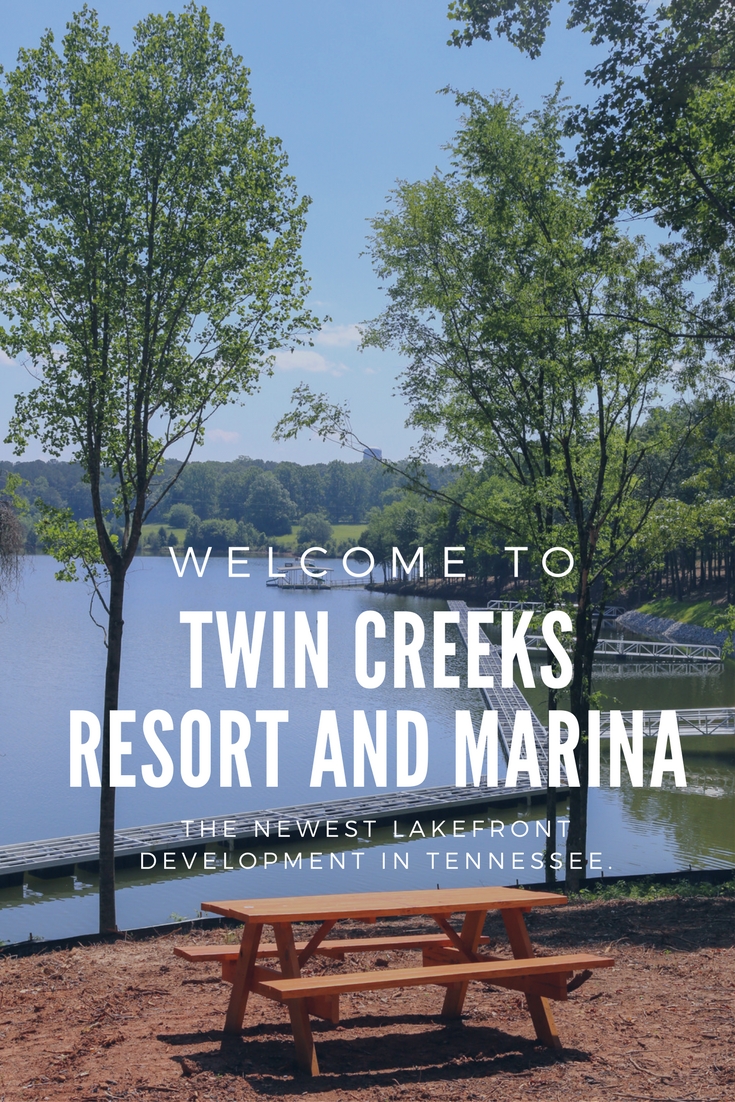