Sandra Simpson joins the animated fans at Tokyo’s legendary Ghibli Museum, and gives her guide for what to expect while you’re there.

Ghibli Museum, Mitaka, Tokyo. Created by Japan’s most revered animator, Hayao Miyazaki (director of the Oscar-winning Spirited Away), a co-founder of the animation studio famed for its hand-painted movies and named for an Italian wind. Miyazaki’s movies include The Wind Rises (an animated bio-pic of the Zero aircraft designer), Howl’s Moving Castle, Ponyo (loosely based on The Little Mermaid) and the weird but lovely My Neighbour Totoro.

A visit needs to be planned as tickets can only be bought in advance. There are 200 tickets released worldwide for each day the museum is open, and these go on sale from the first of each month for the following four months. In New Zealand buy tickets from the Auckland JTB office. Go to jtboi.co.nz, adults $19. Be sure to note the closure dates and take your passport when you go to the museum, it’s a must.

The typical story for families seems to be that one member is a fan and has convinced their parents to come. If you don’t know Miyazaki’s work it’s worth watching at least one movie before coming, or try Kingdom of Dreams and Madness, a 2013 documentary about Ghibli, primarily Miyazaki.

Mitaka is easily accessible from central Tokyo on the JR Chuo line (15 minutes from Shinjuku) with a bus from the station to the museum. Otherwise, it’s a pleasant, easy 15-minute walk from Mitaka station, signposted all the way.

The museum offers an insight into the creativity and working methods of one of the world’s greatest animators — and so far is the only place to pay homage. On entry everyone receives a ticket made up of three cels from a movie. Besides being a cool souvenir, the ticket also gives entry to an animated Miyazaki short shown only at the museum (Japanese language, although some are dialogue-free).

Where a Film is Born is delightful — a set of rooms crammed with books and toys, and offering an insight into Miyazaki’s process. “This exhibit was created with the wish that visiting children will get a feel of what a production site is like and that some will perhaps aspire to go into animation,” he writes in the guidebook. Until 2021, visitors can see the Sketch, Flash, Spark! exhibition, which details the work and inspiration that went into creating the museum almost 20 years ago. 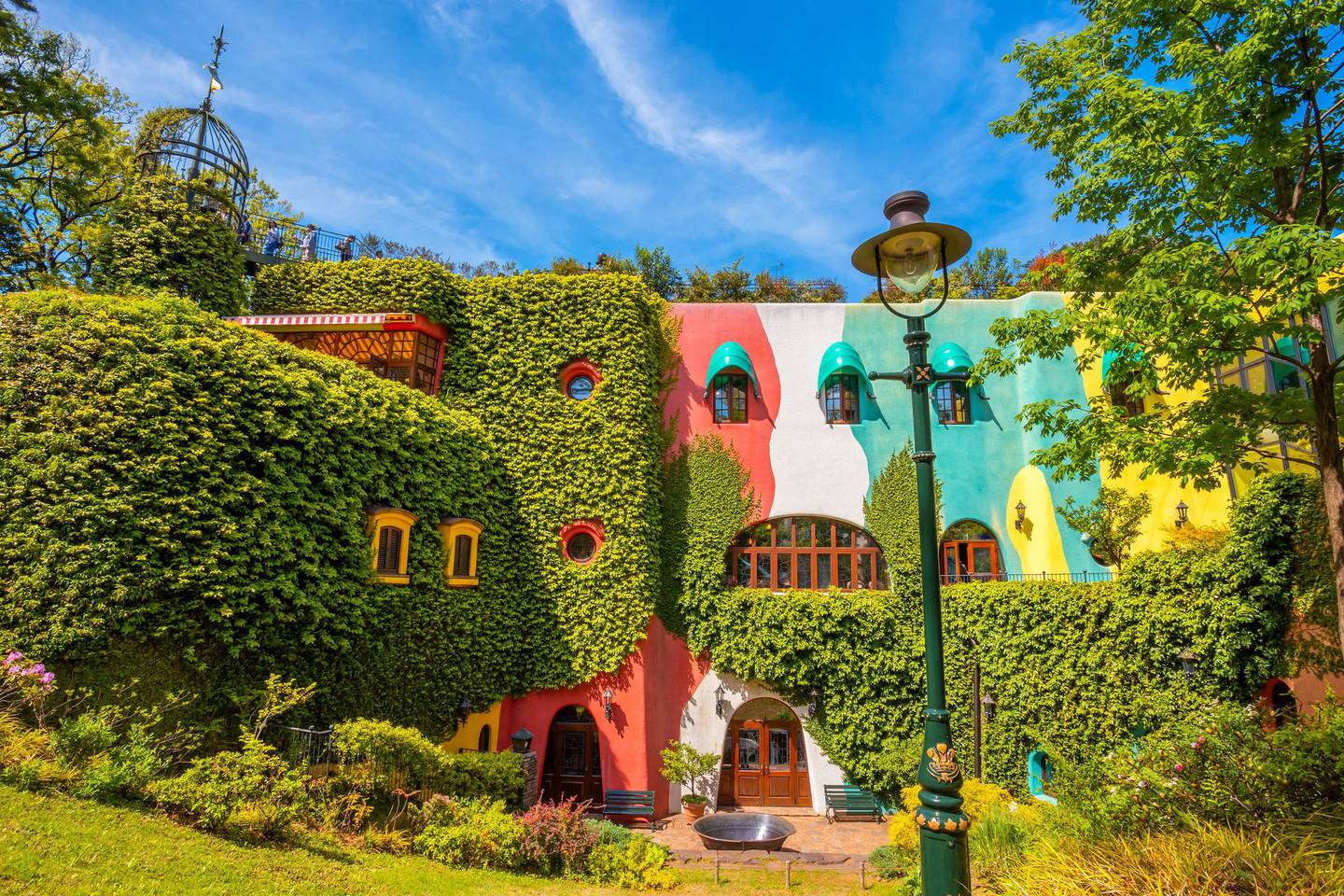 A little. It’s not just a literal distance between this museum and the other animation giant in town, Disneyland Tokyo. There’s no set route through the museum. Instead, the welcome brochure says, “Let’s lose our way, together.”

You need to be 12 or younger to ride the Cat Bus. No photos are allowed inside the building. They want you to be here, now.

The organic-looking building uses natural materials, is full of twists and turns, and the attention to detail is incredible — from the glorious fresco in the entry hall to the “smiling man” drain cover by the well; the cat handle on an outside tap to the whimsical coat of arms. Even when teeming with visitors, there’s a sense of peace here. If it does all get a bit much, step outside — there’s a cafe terrace and rooftop garden to escape to. 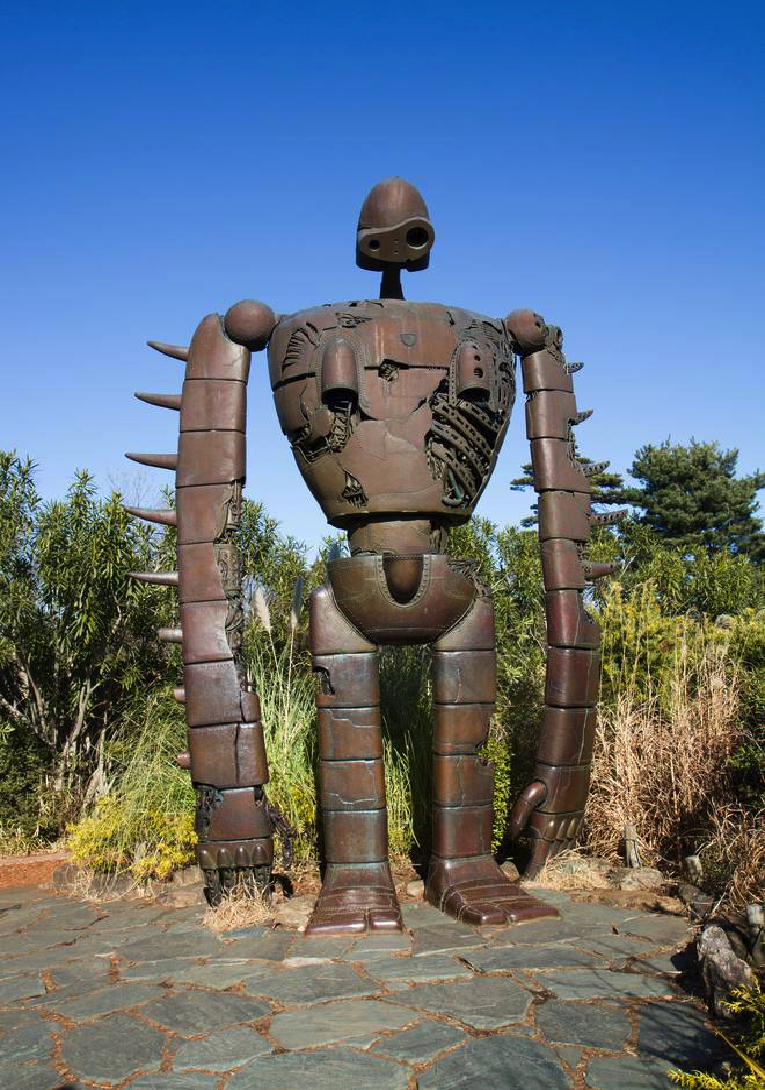 Walk to Kichijoji Station (also on the Chuo line and also about 15 minutes away) through pretty Inokashira Park that adjoins the museum. There’s a good map by the museum entry. The route to the station is signposted in English.

Miyazaki retired (again) in 2013. But he changed his mind in 2017 and reportedly has a couple of projects on the go. A Studio Ghibli theme park is scheduled to open near Nagoya in 2022.

# Check out our package holidays & hotel deals for 2016
# Park Resorts offer great value UK caravan park holidays from as little as £69
# Free & fast online ordering from restaurants across the UK with hungryhouse. Browse takeaway menus. Read reviews. Pay with cash or card for easy ordering
# View the Macdonald collection of luxury hotels, resorts and spa hotels in some of the finest UK locations
# Welcome to Hilton Worldwide
# Eurocamp offers an excellent choice of camping holidays across 189 parcs in 10 European countries