# Park Resorts offer great value UK caravan park holidays from as little as £69
# Book Hotels Online - 4,600+ Hotels Across 100 Countries
# Stay in a hostel and meet the real world, not the tourist brochure
# Check out Expedia's daily travel deals and choose from luxury to low cost hotels, holidays, city breaks and flights. Book now and save on your next trip
# Send online today with Parcelforce Worldwide
# Book coach travel to 100's of UK towns, cities and airports with National Express coaches

It’s spine-tingling, thrilling, alluring: it’s the adrenaline rush that comes when you know you are being watched by a pair of piercing eyes. Be it jaguar watching in Brazil or being observed by a tiger when on a safari in India, these majestic big cats are the highlight of any safari in the world. There are wildlife destinations known just for their feline inhabitants and if you are someone drawn to the sound of the mighty roar then you must head to these locations on your next vacation.

Pantanal, Brazil for the Jaguars

These swift and elusive big cats are so striking that watching them up close is a treat to the eyes. Pantanal in Brazil is home to other impressive wildlife too like giant anteaters, ocelots, hyacinth macaws, caimans, and capybaras but the king of the jungle here is the mighty jaguar. Jaguars are the third-largest cats in the world after lions and tigers and are native to the plains and mountains of South America. Pantanal is made of two Brazilian states, Mato Grosso and Mato Grosso do Sul, out of which Mato Grosso is the better pick for jaguar sightings.

India for the Tigers

The weight of a tiger is almost 660 pounds, making it one of the largest in the cat family. India is home to the largest population of tigers in the world along with Nepal, with the Bengal Tigers making up for most of it. The tiger is an endangered species with less than 4000 left on the planet, but India is where their sightings are more common in two of the biggest national parks in the country; Kanha National Park and Bandhavgarh National Park. At both parks, you have a fairly promising chance of spotting the striped beast, either lurking behind the bushes or in action. 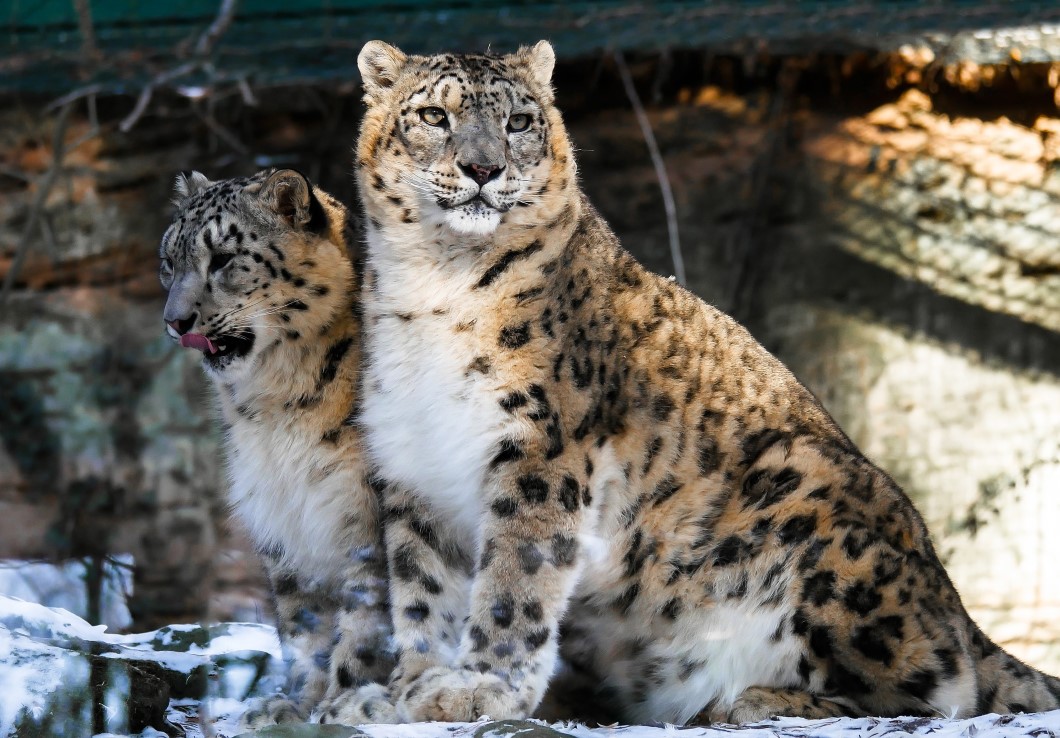 These elusive beauties can be seen in Ladakh in the northwest region of India. Snow leopards thrive in the mountainous regions of Asia and spotting one is tough but not impossible if you have the patience to wait for it. The trip itself is not easy since you need to spend some time acclimatizing yourself with the weather in this region (the night temperature drops down to – 13°F at times) and these leopards can be spotted only in the winter. Hemis National Park, which is a high-altitude National Park in the eastern Ladakh region, is your best bet for seeing a snow leopard as the park is home to almost 200 of them.

Sri Lanka for the Leopards

Taking a jeep safari in Sri Lanka is the best way to spot these heavyweight spotted cats (a leopard’s weight can reach up to 220 pounds). Yala National Park has the highest density of leopards in the world that roam the grounds freely. If you take up accommodation inside the park, you might just spot one while you are having breakfast. The watering holes in the park are the best spots to spot these spotted beauties! 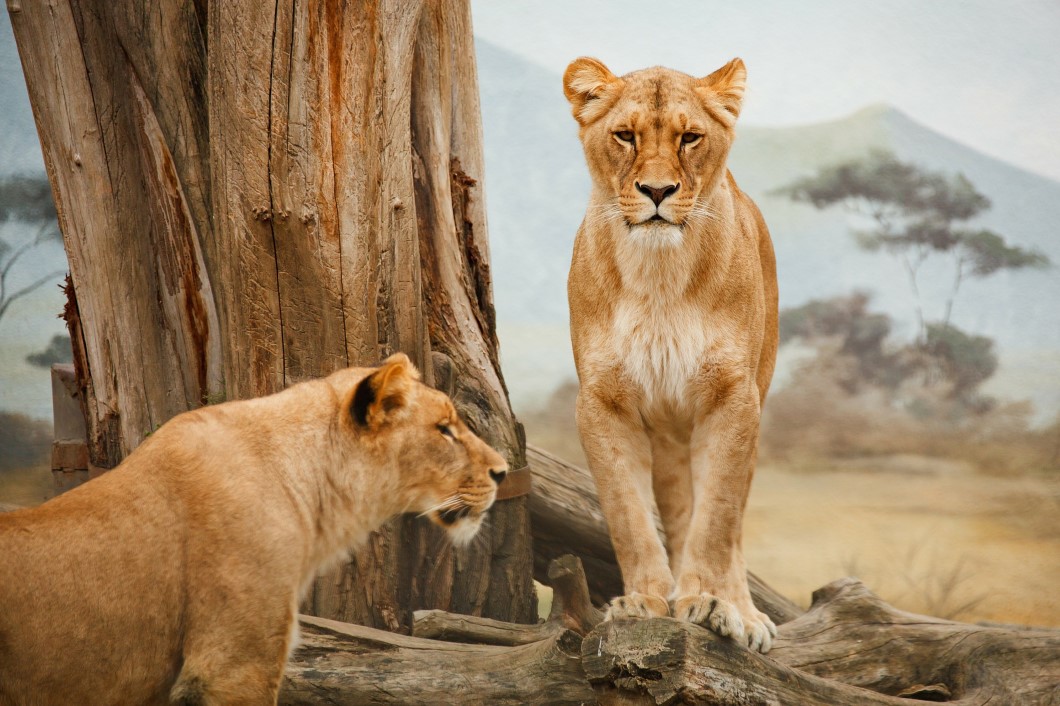 Though Maasai Mara is known more for its Big Five (lion, rhino, African buffalo, leopard, and elephant), it is one of the best places to spot big cats too like leopards, cheetahs and lions. The big migration that happens at the park between July and October is the perfect time to spot large pride crossing over the Mara river and hunting down the wildebeest. It is a good time to capture the action on camera since at this time almost 1.5 million wildebeest can be seen migrating through the Mara region.

Africa is home to several members of the big cat family and a trip to the continent ensures sighting of many of these along with the iconic Big Five. the Namiri Plains in the Serengeti National Park is home to almost 200 cheetahs and seeing these charismatic cats sprint after the game on the grasslands gives an unparalleled thrilling sensation. The park also has almost 3000 lions so rest assured that you will spot not just one but several big cats lazing on a boulder or dashing after a prey. 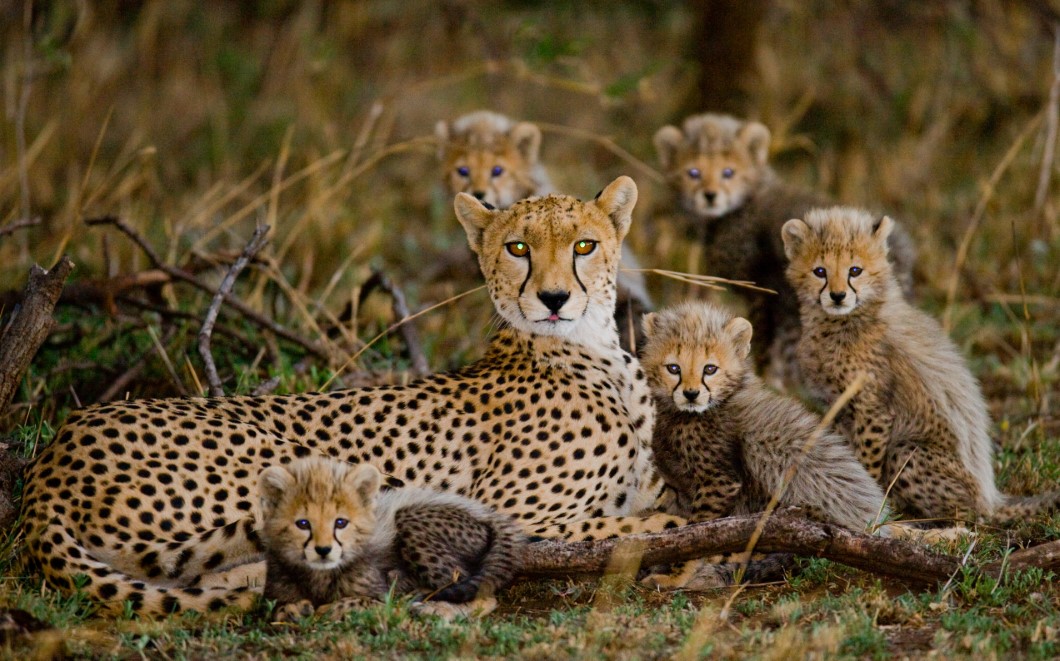 Visit Botswana if you wish to truly experience the aura of the king of the jungle. The big cats of Moremi Game Reserve will steal your heart while your legs are shaking out of fear and excitement. This reserve can easily be called the predator capital of Africa and is at the center of the Okavango Delta. Botswana is home to almost 30% of the remaining 7100 cheetahs in the world, making it an ideal place to have a sure-shot sighting of one on your safari. 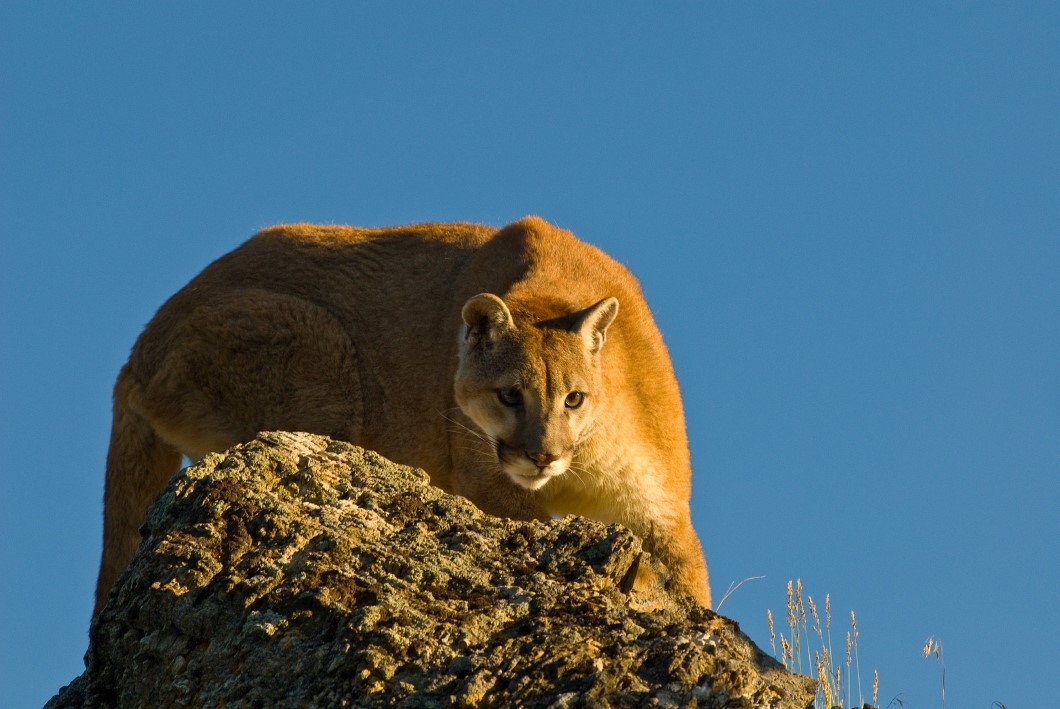 Pumas or cougars as they are also known, like to hunt alone, with a running speed of 50 km/hr. If you wish to see one in action hunting their favorite prey – guanacos, you must visit the Torres del Paine National Park in Patagonia. You can take a guided puma tracking tour since these majestic cats are very shy and spotting them without a guide is very difficult. Carry a good wildlife camera to capture the puma cubs playing in a tree. An interesting characteristic of the puma is that they cannot roar but use whistles, screams, purrs, and squeaks for communicating with their family.

It is an endangered species that was brought back from the brink of extinction a few years back. The Iberian lynx is one of the rarest cats in the world and though it is the smallest of the world’s three lynx species, it is twice the size of a domestic cat. The mountains of Sierra Morena and the grassy wetlands of Coto Doñana National Park are where you can sight these feline beauties with pointy ears and flecked coats that used to cost them their lives. With less than 700 of them left, you must add lynx watching to your list.

The island of Borneo is the last in the list but not the least in any way. Deramakot Wildlife Reserve is where you can see these gorgeous clouded leopards who have got this name because of their coat that has cloud-shaped markings, unlike a normal leopard. The reserve is also home to the chestnut-colored Borneo bay cat which is another impressive member of the cat family, albeit smaller than its co-habitant, the leopard.

For wildlife lovers, watching the big cats in their natural habitat is an experience they can never get enough of. Spotting these majestic and elusive cats in the wild requires a lot of patience. To look them in the eye while they stare back at you is not something for the faint-hearted. So, if you are up for an adrenaline rush on your next holiday, head to one of these places.